A growing impact in communities 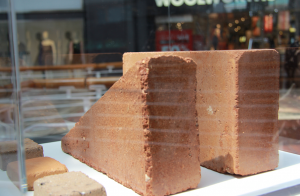 We caught up with BLC1 winners Lumkani, USE-IT and FormulaD to find out how their innovations are beginning to make a real difference in low income communities in the Western Cape and around the country.

BLC 1 winner Lumkani is a tech start-up and social enterprise with one vision: to minimise the loss of life and property caused by fires in informal communities in South Africa and across the globe. They have engineered the world’s first networked heat-detector designed specifically for an informal settlement environment. To sense fire, the Lumkani detector measures the rate at which temperature increases, rather than smoke levels. If a signal is not disarmed within 30 seconds, neighbouring detectors are also activated and relevant authorities alerted.

Today, Lumkani has 7 000 blue alarms in the field — in Cape Town, Pretoria and Johannesburg – and it has already helped stop what could have been major fires.

The new Lumkani plastic mould has been finished, and the first run of 5000 units is currently being produced for the new Lumkani detector’s release. The new detector mould is featured on the left and the old on the right. 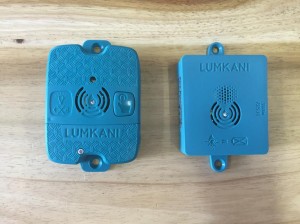 Lumkani has also received a license agreement from UCT, and is producing a DVD to assist with awareness of the product.

BLC 1 winner USE-IT has developed the technology to use building rubble that was destined for landfill as a component of the mix in making building blocks for single storey developments. The compressed earth blocks are 20% cheaper than conventional cement blocks. The building process is faster and simpler because of the bonding process.

In September 2015, they received a five star EcoStandard rating, and were the proud recipient of two Mail & Guardian Greening the Future 2015 awards, which celebrate efforts to create a cleaner planet without compromising progress. In April 2016, USE-IT won the Eco-Logic Recycling and Waste Management award for work done in 2015 – the awards recognise environmental excellence.

Currently, they have been working with the eThekwini Human Settlement for the alterative housing project in Ntuzuma E and discussions have been progressing with an increase in the funding allocation. They are also in discussions with the Western Cape MEC for Housing Settlements and the various Western Cape government departments and a new architectural proposal will soon be submitted for the construction of a small group of semi-detached 40m2 housing structures in the region. In Kokstad, they are discussion the potential for involvement in the construction of 83 housing units. They have also made progress on the marketing front, having appointed a communication consultant, and work will get underway on the development of presentations for the individual target markets with specific messages, investors prospectus documents, the RamBrick website, media releases, and technical manuals.

Between early mid-February and mid-May 2016 Formula D has implemented its technical goals and released a beta version of the new mobile app which will now go into a testing phase. In addition, several new features have been added.

Cityspec was launched in Monwabisi Park, an informal settlement located on the outskirts of Khayelitsha in Cape Town in August 2015. Since August 2015, VPUU has been in consultation with City of Cape Town (CoCT) to gain a deep understanding of CoCT’s existing infrastructure fault reporting and repair systems, with an aim to seamlessly integrate into CoCT’s system. During the first quarter of 2016, VPUU successfully established the framework for a two-way information stream between Cityspec and CoCT.

Community volunteer teams are deployed three days per week to specific geographic locations in Monwabisi Park and are responsible to strategically and systematically monitor local infrastructure – currently water taps and toilets. Fieldworkers use the Cityspec App to collect the following data in the field:

In February 2016, CoCT’s Department of Water and Sanitation’s repair team began repairing taps in Monwabisi Park for the first time since the Cityspec App was launched. Once the pilot in Monwabisi Park is complete, the team aims to enter in to a similar agreement with the Department of Environmental Health to pilot the project in a different informal settlement. VPUU has been in consultation with CoCT to acquire Extended Public Works Programme (EPWP) staff who will enhance Cityspec implementation. EPWP is a government initiative to provide short-term employment opportunities as a poverty alleviation and capacity building strategy for unemployed, under-skilled individuals.