It’s a wrap for BLC round one!

We’ve come to the close of the support to BLC 1 winners, and they have made tremendous progress in 2016 with their innovations!

Lumkani – Fire Detector
The Lumkani team have moved ahead at breakneck speed – since November 2014, they have distributed fire detectors to over 7000 households in total. They are already detecting fires and creating the value they envisioned, all the while collecting insightful data around the technology, the fire challenge and the human experience. In the past few months, Lumkani have formally licensed their technology, they ran further tests on its device’s performance, and used the lessons learned to make its response to fire even faster. 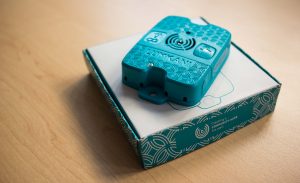 Lumkani’s device, recognised for the potential of assisting toward mitigating insurance risk, is also currently being piloted as part of an insurance package with a major insurance provider in Johannesburg. They are also part of a project to take 5000 devices to Bangladesh and discussions are being held with a global tech giant toward further developing and refinement of the product.
Find out more on their latest developments here

USE-IT: Rambrick – bricks made from compressed earth and recycled builder’s rubble
Rambrick made great progress in 2016 with the assistance of our BLC business mentor. They won an Enviropeadia Eco-Logic Award in the waste management category, have been shortlisted for the 2016/17 World Habitat Awards, and the product has received significant interest, being acknowledged for its innovation. 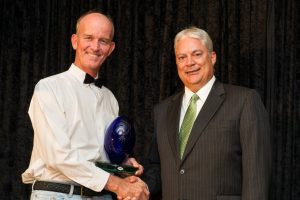 Rambrick are engaging opportunities with eThekwini Human Settlement for the Alternative Housing project to start construction early 2017 and are also providing a demo structure at the Delft housing project for Western Cape Human Settlements, scheduled to take place between February and March 2017. Negotiations have been underway to design and develop a 140mm brick machine. This is envisioned to unlock large housing contracts toward creating franchise opportunities for USE-IT and the expansion of the Rambrick product. Rambrick’s trademark has also been approved by the registrar, and is undergoing final registration. Find out more on their latest developments here

VPUU and Formula D: Cityspec – a mobile app for community workers to log reports in the field
The Cityspec team are progressing well, with BLC support assisting with conceptualising and refinement of the product. The device pilot is being tested on the ground – the past few months has seen a primary focus on the refinement of the pilot in Monwabisi Park in Khayelitsha, staff training and systems development. Expanded Public Works Programme (EPWP) workers have been trained in the necessary skills for use of the equipment – this included seven EPWP appointments who began in September 2016. The system has also gained interest from other departments at the City of Cape Town, and discussion are underway toward signing formal agreements. Another positive offshoot of the systems has been the ability to generate and monitor quantitative and spatial analyses data, and trends emerging within the settlement. Check out their update video here 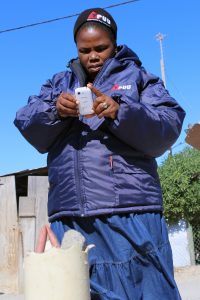 According to Lisa Parkes, the Design Support programme manager at the Cape Craft and Design Institute which project manages the BLC, the CCDI team is incredibly proud of the progress made by the three BLC winners over the past two years.

“We have worked closely with the project teams from the three winners to help these innovations make meaningful steps towards commercialisation. They have all pushed very hard towards refining their product offering and it has been very rewarding for us as a project management team to see them achieve the success they have to date. We are now undertaking a final assessment of BLC 1 which includes the business case assessment of each BLC 1 winner and their progress and value gleaned from the BLC. We will take many learnings forward into the next round of the BLC launching in 2017, and we thank and wish our three BLC 1 winners all of the very best for the future – your innovations are an example of how great ideas can help change lives in a very tangible way.”