About Our Finalists: Qmod Educational Energy

It was no ordinary Wednesday morning for the students of Mountain Road Primary School in Cape Town. Play-dough, apples, oranges, LED lights and shoeboxes covered their classroom tables, making them unrecognisable. You might assume that arts and crafts hour was to follow. But you’d be wrong. In collaboration with the school’s Grade 7 teacher, Henrico Murphy, and his eager learners, industrial designer Dana Cannam was facilitating the last in a series of three workshops on Qmod – a pioneering educational charging device and now a Better Living Challenge finalist. 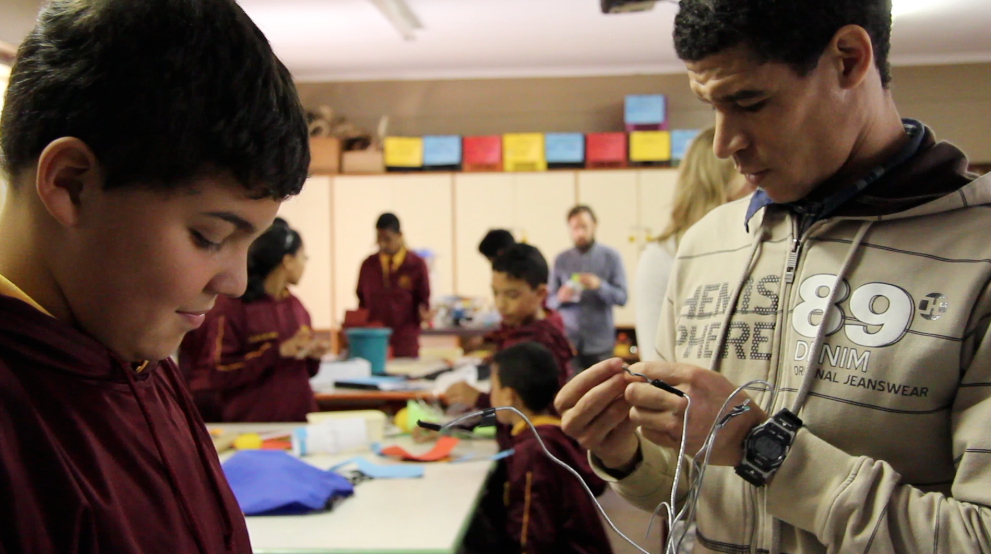 Images: Mr. Murphy and Dana show the eager students of Mountain Road Primary how to wire a circuit.

Designed by designer and founder Dana Cannam, Qmod aims to teach students the fundamentals of generating, harnessing and using renewable energy, transforming classrooms into a platform for learners to participate and practice in tomorrow’s potential energy solutions.

Like all Better Living Challenge finalists, Qmod answers a very human need. In this case, the device explores how to transform the need for innovative renewable energy sources, into an opportunity to give students the tools to understand the fundamentals of renewable energy. Through interactive online tutorials and hands-on experience, the Qmod platform hopes to encourage students to learn, experiment and play with renewable energy produced using everyday household items. 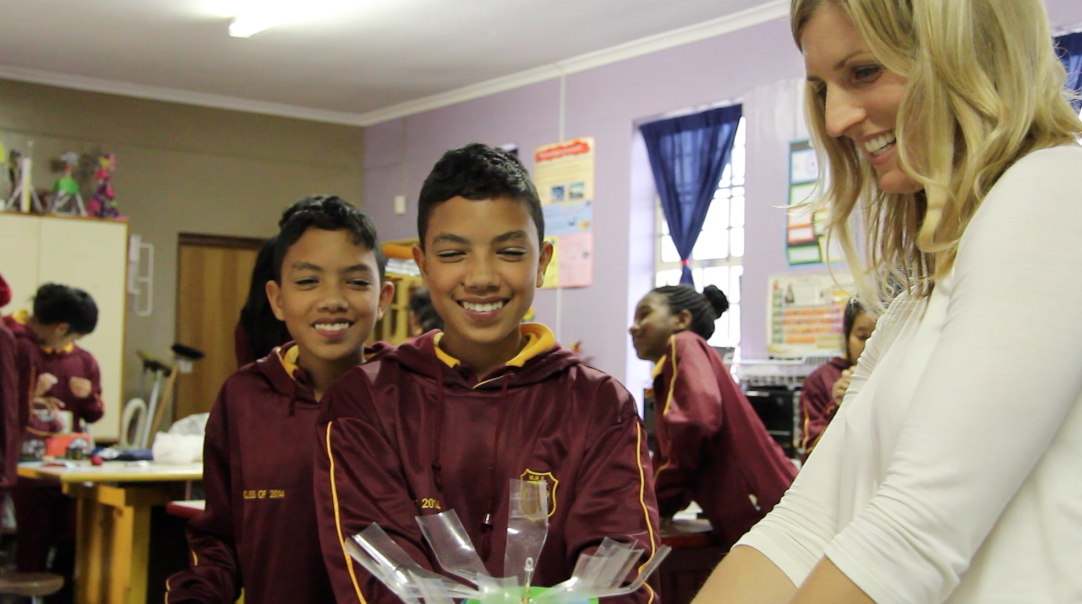 Image: The students of Mountain Road Primary reap the rewards of their hard work in the classroom with Angela.

As Dana explains: “Through the power of story-telling and hands-on experience, our objective is to engage children in the potential of renewable energy and positive energy behaviour.” These stories will help to create fun and intuitive tutorials on energy theory for the online phase of the Qmod project.

According to Dana’s plans, this phase will involve the Qmod team using its platform on mobile social networks such as Mxit to make a version of its renewable energy tutorials accessible by mobile technology in low-income areas. The technology is certainly in place. Dana points to the example of a study that assessed cellphone use in a South African township and showed that most leaners already use phones that are capable of displaying normal HTML websites through their WAP browser.